1. This 2009 British coming of age film is based on autobiographical accounts of a journalist. A winner and nominee of multiple awards, it tells the story of a young London girl in the 1960s who falls in love with an older man. While it is yet to “inspire” a complete Bollywood film, its poster shown below has already been ripped off by a 2010 Bollywood film. Name both the films.

2. This 1963 Hitchcockian thriller was not directed by Hitchcock. It was directed by a person better known for musical comedies. It stars two of the biggest stars of Hollywood and is noted for multiple twists and turns. It was ripped off by Bollywood in an 2003 film that starred two star kids, who unfortunately never turned out to be stars themselves. The director of this version is also better known as the brother of a more illustrious technician and director. It also featured a raunchy item song that compared love to chili pepper. Name both the films.

3. Ghajini’s “inspiration” is well known. But it has also paid tribute to a much acclaimed 2001 film in a scene where the female lead escorts a blind man through the street while offering him a vivid description of the people around him. Identify this film.

4. This 2004 French action film is basically a showcase for a certain form of extreme sport that involves acrobatic ways of moving from one place to another through urban landscapes. Most of its stunts including the climax were ripped off in a 2006 Indian film. Identify both.

5. This 2007 Hindi comedy film was a remake of a 1998 French film adapted from a play of the same name. It also received an official Hollywood remake in 2010. The makers of the Bollywood film also released a sequel a few weeks ago, buoyed by the success of the first installment. Identify the films.

6. This 1961 action adventure war film was based on a best selling novel by an author who himself had seen action in WWII. It has a notable climactic action sequence where some of the characters climb a steep cliff to outflank the enemies. Now, a 2004 Bollywood film has a strikingly similar climax. Name both the films.

7. This 1988 film is based on certain real events in a Southern US state in the 1960s. A 2010 Bollywood film is based on some burning issues faced by India and directed by someone known more for his comedies. However the plot of this film is identical to the Hollywood film. Identify both.

8. This cult thriller of 1990s is mainly noted for its twist ending as well as a memorable performance by one of the actors who went on to win an Oscar for the role. A 2005 Bollywood film that claimed itself to be “The most powerful film of the year” for some obscure reasons, ripped off the entire plot. It only changed the name of a Japanese character to the name of an acclaimed film and also moved the setting to London. The only good thing it did was to introduce a female character who prefers to get wet and croon in skimpy attires in the dreaded cold of December. Identify both films.

9. Although it deals with the themes of infidelity, this 1960s film turns out to be a feel good drama with its delectable lead pair. It was also the last film of its kind to achieve a certain feat at the Academy Awards. It contributed a major portion of the plot in a 2007 Bollywood film that sought to attract overseas audiences owing to one of its stars who achieved fame in UK for totally uncinematic reasons. Identify both the films. 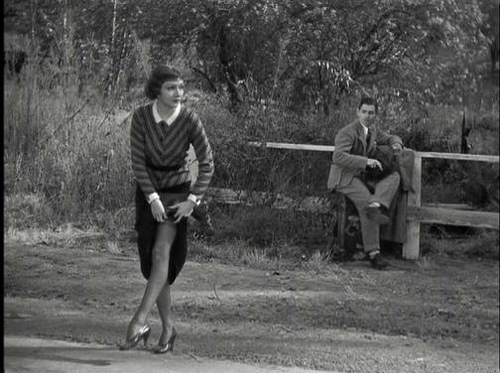